← more from
Aztec Records
Get fresh music recommendations delivered to your inbox every Friday. 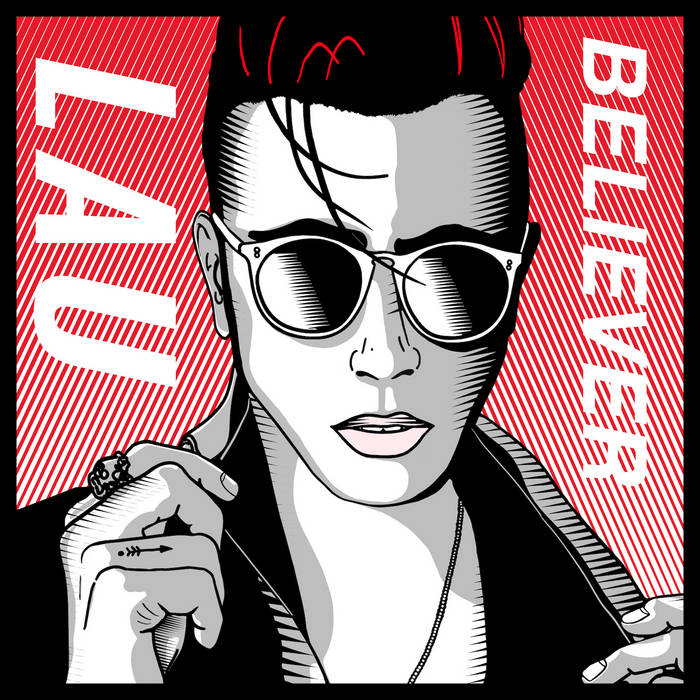 loic.Somb hi, it's my fav song. positive music with sad song. what a great mix !!! thx for this album. Favorite track: Always On My Mind.

travismccg LAU's sliding in with Ollie Wride to be filed under "it's literally impossible to feel bad while listening to this." Favorite track: Believer.

The must-have album of 2021, LAU’s debut album “Believer” is finally here, an album where every song could be a fantastic Retrowave/Synthpop single, full of catchy and emotional hits.

LAU (AKA Laura Fares), a prominent figure in the Synthwave and Retrowave scenes has finally gone solo after over a decade of writing Synthwave hits for other artists including (NINA’s best selling albums Synthian and Sleepwalking). She finally decided to step into the limelight, and sing the songs she writes, straight from the heart.

With collaborators such as French up and coming Producer Ends 84, American Producer Brian Skeel, and UK based producers Astrotones and Maxx Parker, this is a soon-to-become classic album in the Retrowave/Synthpop scene.

All lyrics and vocals by LAU

LAU is Laura Fares, an Argentinean singer, songwriter, drummer, producer and prominent figure in the Synthwave and Retrowave scenes, currently based in Barcelona. Her music blends Retrowave and Synthpop with a strong 80s influence.

Bandcamp Daily  your guide to the world of Bandcamp

The Hammer and The Relentless from the Boston band Malleus stop by for a chat.